Joe Girardi clearly didn’t spend any of that Yankees salary on suits. 👀 pic.twitter.com/QnjHZILake

I think we know the real reason the Yankees and Joe Girardi broke up.

If he was walking around airports and going to dinners with big-timers tied in with the Yankees dressed like this, that’s grounds enough for termination. Can’t be representing the standard for “high-class” organizations in all of sports with a set of Hammer pants.

As someone who actually owns 2 suits — that’s right, 2, NO BIG DEAL — I can confirm it’s not that hard to buy one that fits. 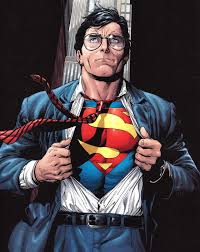 Keep in mind, we’re not talking a suit that makes you look like a million bucks, just one that fits. He may have won a World Series and made it to Game 7 of the ALCS against the eventual World Series champs, but if the guy can’t buy a suit that fits…I mean…what are we doing here?

One thought on “Seams Legit: Looks like Joe Girardi borrowed a suit from Aaron Judge for his latest TV appearance”